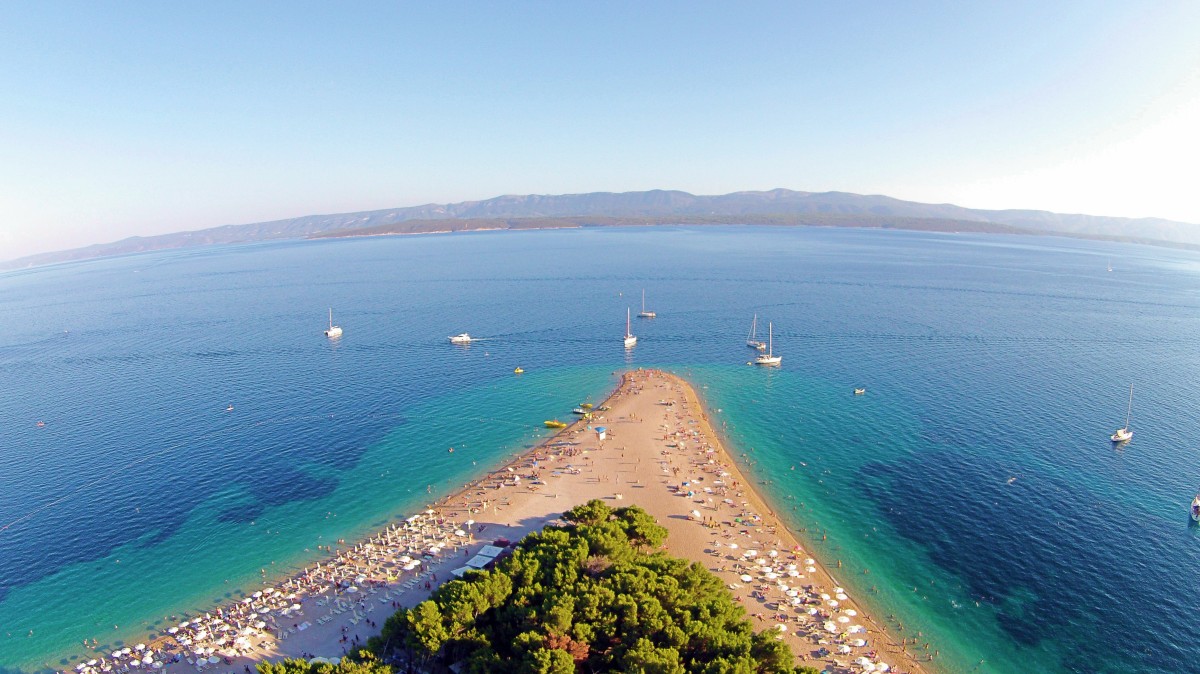 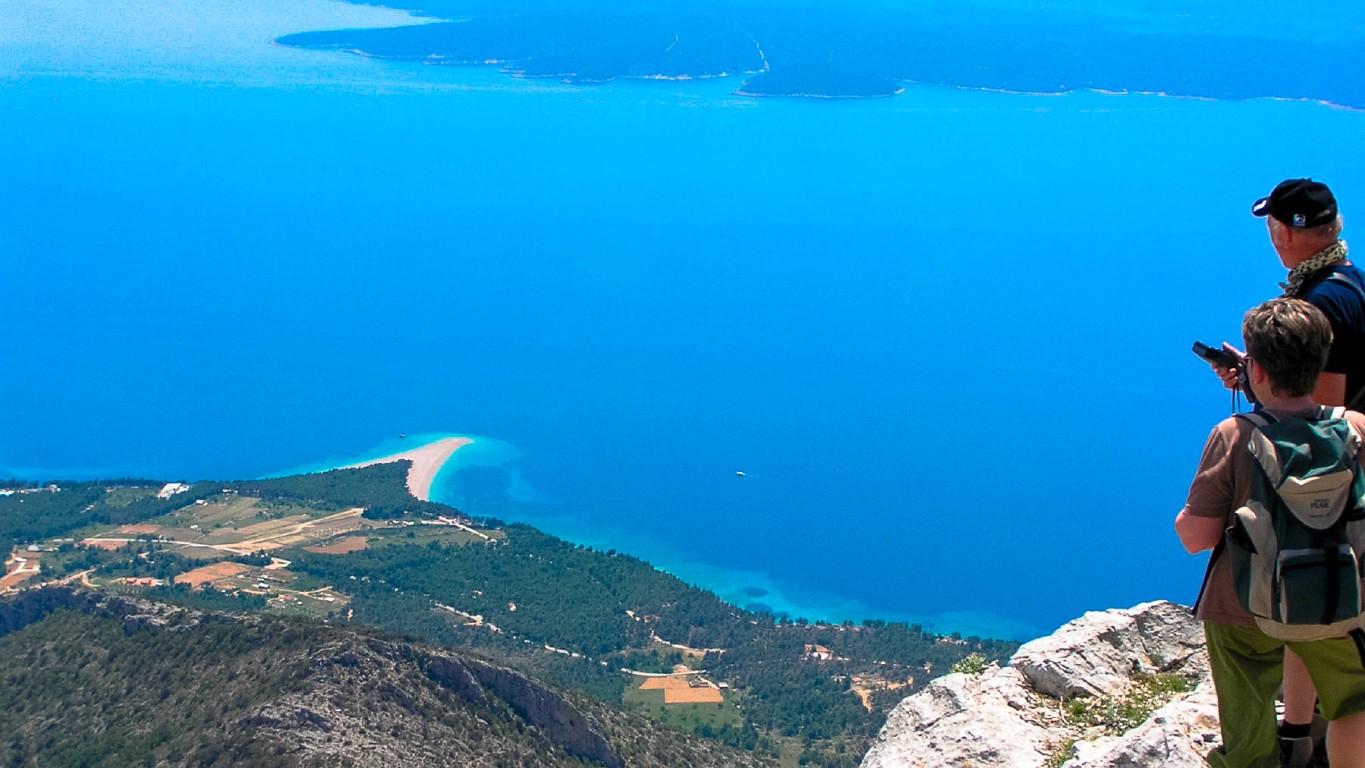 For years, the traditional, International Conference "Challenges of Europe" has been recognized by our participants as a "Conference with Soul" with many returning participants and ever increasing number of new ones. This year’s Conference will be held in Bluesun Hotel Elaphusa**** on the beautiful island of Brač. 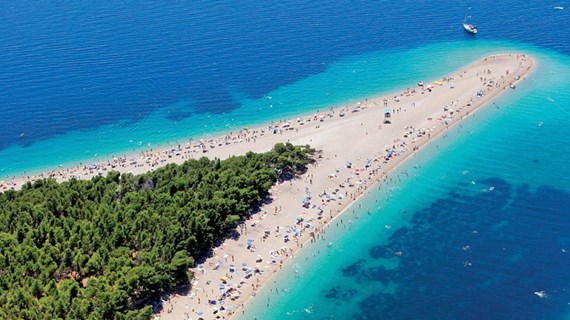 The Island of Brač - called Brenton in the ancient Illyrian language (meaning deer) and Élaphos in Greek - is also one of the country's largest islands and has the highest mountaintop at 778m altitude. It is well known for its cultural heritage, such as stone quarries, stone housing settlements and structures including Ancient Roman and Medieval buildings, as well as natural beauty that includes numerous glades, plant species, and an impressive coast.

The view from Vidova Gora stretches all the way to Hvar, Vis and far-away Lastovo, and the light plays in upredictable ways to create amazing scenes such as idyllic glades with grazing sheep. This is an island for rest and health, for daydreaming and fantasising.

History of the Island of Brač

The island of Brač was already inhabited in pre-historic times. Croatians arrived to the island before the 8th century.

In the period between the 9th century and up to 1420, Bol was alternately ruled by Venice, the Croatian state under King Petar Krešimir IV, the Croatian-Hungarian state, the Byzantine Empire, the Republic of Dubrovnik, and also by pirates from Omiš.

In 1420, Venice restored and maintained its power over the island until its fall in 1797, and this period was marked by centralisation and the successive abolishment of the autonomy of the local island commune.

The period of Napoleonic wars at the end of the 18th and beginning of the 19th century was marked by turbulent interchanges of dominance between the Habsburg Monarchy (Austria), France, England and Russia. From 1814 until the end of World War I, Bol was under the rule of the Austro-Hungarian Empire. From 1918 until 1990, Croatia was part of the Kingdom of Yugoslavia, and then the Federal Republic of Yugoslavia, until Croatia became an independent country in 1991. 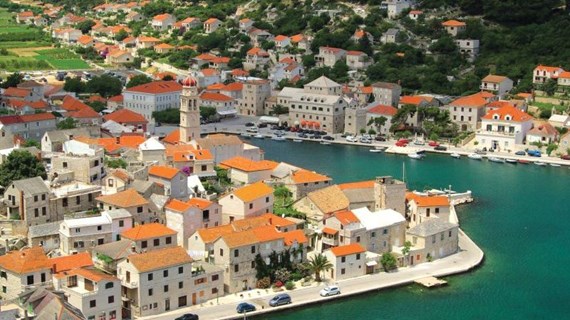 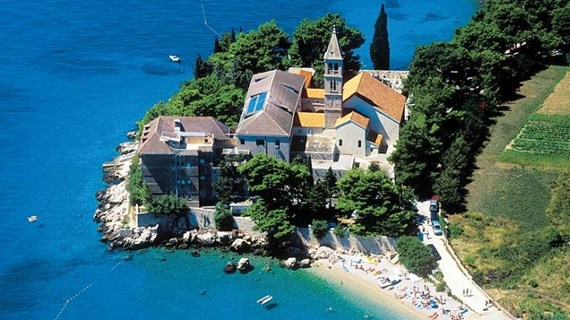 Civilisation on the island of Brač is characterised by centuries of tradition dating back to Roman agricultural farming and Renaissance construction, the builders and architects of which were inspired by the island's landscapes and aesthetics. Your arrival here in the south of Croatia is sure to be a genuine experience when you witness the island's brightness and clarity saturated with the intoxicating scent of Mediterranean and subtropical vegetation, as well as its vast cultural heritage.

Stone from Brač's quarries has been mined since the Ancient Greek and Roman times and stone used for the construction of important buildings. The most famous of these is located in the vicinity of Diocletian's Imperial Palace in Split. Piles of unpolished stones layered as walls alongside field paths are a real attraction on the island. According to some estimates, they are equal in quantity to the existing Egyptian pyramids (although uncut), totaling approximately 7 million cubic meters. These stones were collected for centuries by shepherds and labourers who worked to clean the karst soil to turn it into arable land. To cultivation of Brač's land is also related to an important decree from the time of the Venetian rule when no man from Brač was allowed to marry until he planted one hundred olive trees. The most prominent Dalmatian builders and sculptors of the Renaissance, such as Juraj Dalmatinac, Andrea Alessi and Niccolo Fiorentino, applied their creative genius to Brač stone. The tradition of using stone to build with has become an inseparable part of Brač's identity.

Settlements have arisen on the island, centring around early Romanesque basilicas built on the grounds of former Roman estates and medieval Brač churches of modest dimensions, each with its own story of how it came to be, how it developed and how it stepped into the rhythms of contemporary life.

As a country of thousand islands, Croatia is filled with picturesque places away from the mainland, but there is one which is distinguished from all others by a miracle of nature; the island Brač with its famous Zlatni Rat beach in Bol.

The sandy beach the Golden Horn (Zlatni rat) in place Bol on island Brac is quite often found in various pictures especially of postcards for its natural beauty. The beach has the shape of a swan’s neck and it stretches as far as 500 m at the right angle into the sea. It is an amazing beach because it constantly changes its shape, position and length making it a miracle of nature. These features depend on the wind direction and influence of the sea currents which constantly reshape the beach. The Golden Horn beach attracts a lot of tourists from different parts of the world and frequently can be seen on the cover pages of the well-known magazines. The Golden Horn beach is one of the most popular beaches worldwide.

Bol used to be the home of winegrowers, fishermen and sailors, and today it is the only coastal town on the southern side of the island of Brač that turns into an elite destination during summer. It is a paradise for surfers, but it is also a cultural paradise with interesting attractions. 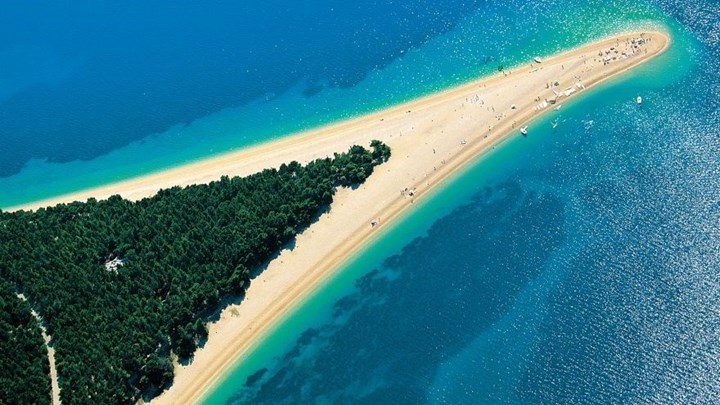 1. ARRIVAL BY AIRPLANE DIRECTLY TO THE ISLAND OF BRAČ

The island of Brač has its own small airport operating on the island. For all details about the possibility of landing directly to the island please visit the Brac Airport website.

2. ARRIVAL BY AIRPLANE THROUGH THE SPLIT AIRPORT

The closest international airport to the island of Brac is the Split Airport (SPU) located app. 30 km from the port of Split. Transfer of passengers from the Airport to the main bus station (located in the city port) is organised by the airport shuttle service. For information about shuttle departures from and to the airport visit SPLIT AIRPORT website. When in the city port you can either take a ferry to the city of Supetar on the island of Brač from where you should take either a bus or a taxi to the town of Bol or simply choose a speedboat – catamaran (passenger only boat) from the port of Split directly to the town of Bol. For information on ferry and catamaran lines visit JADROLINIJA or KRILO websites.

3. ARRIVAL BY CAR THROUGH THE CITY OF SPLIT

For information on ferry lines from Split to the city of Supetar (island of Brač) visit JADROLINIJA website.

4. ARRIVAL BY BUS THROUGH THE CITY OF SPLIT

For all information about arriving to Split by bus visit the main bus station website AUTOBUSNI KOLODVOR SPLIT. Conveniently, the main Split bus station is located right in the city port. You will easily catch a connection to the island of Brač, either by ferry to the city of Supetar on the island of Brač from where you should take either a bus or a taxi to the town of Bol or simply choose a speedboat – catamaran (passenger only boat) from the port of Split directly to the town of Bol. For information on ferry and catamaran lines visit JADROLINIJA or KRILO websites.

5. ARRIVAL BY TRAIN THROUGH THE CITY OF SPLIT

For all information about arriving to Split by train visit the railway website HRVATSKE ŽELJEZNICE. Conveniently, the main Split train station is located right in the city port. You will easily catch a connection to the island of Brač, either by ferry ferry to the city of Supetar on the island of Brač from where you should take either a bus or a taxi to the town of Bol or simply choose a speedboat – catamaran (passenger only boat) from the port of Split directly to the town of Bol. For information on ferry and catamaran lines visit JADROLINIJA or KRILO websites. 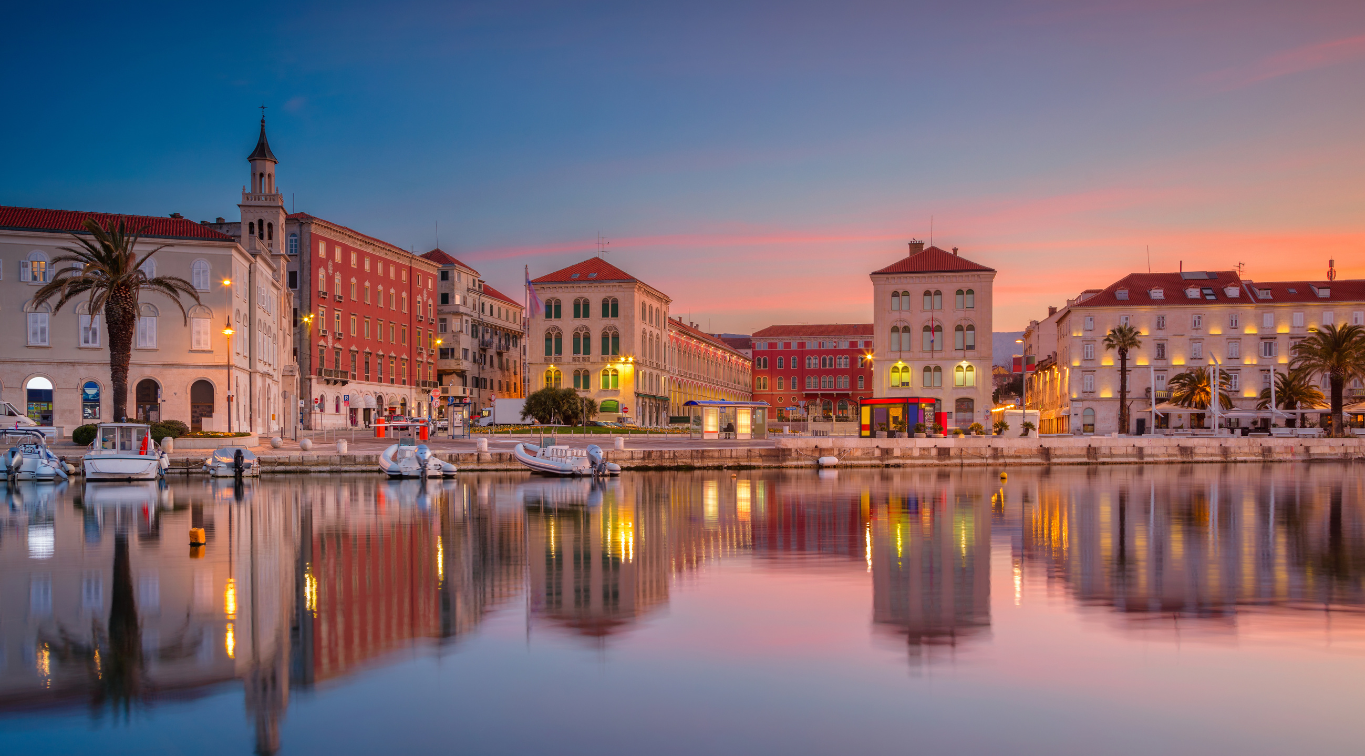 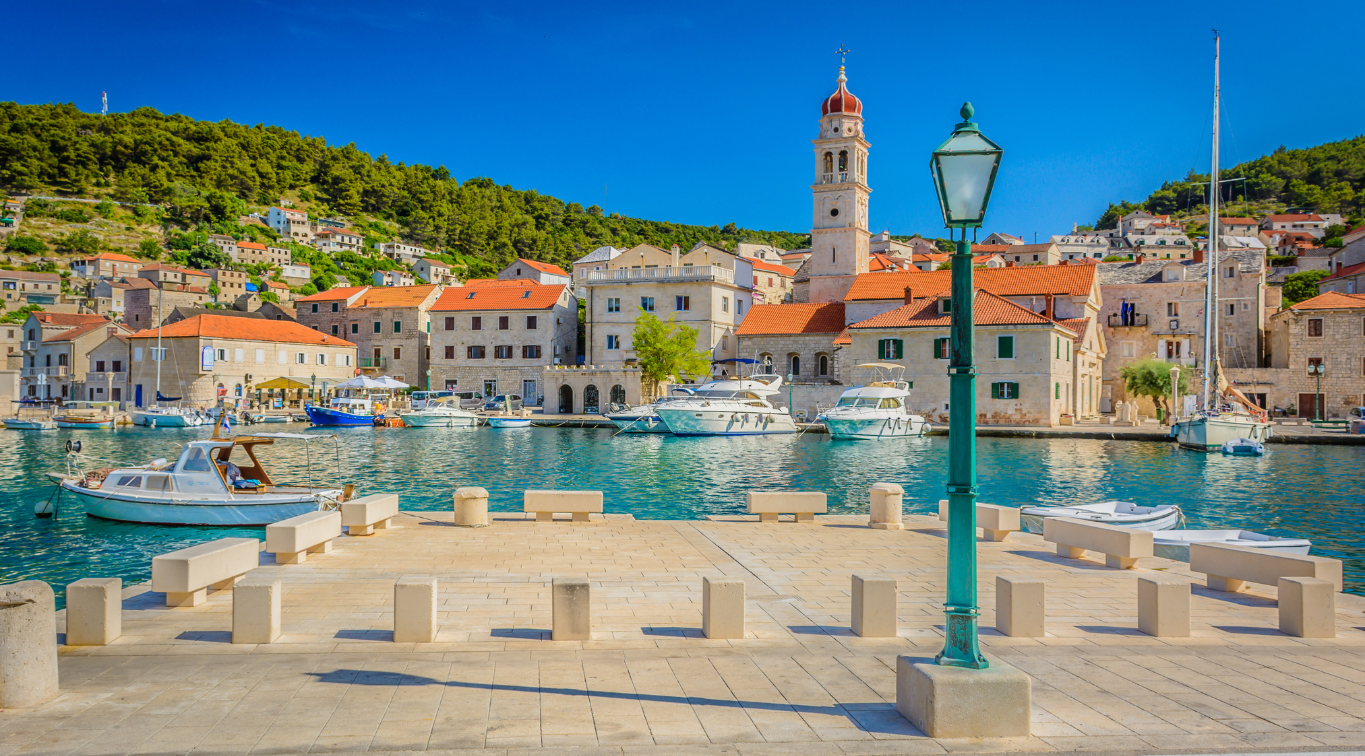 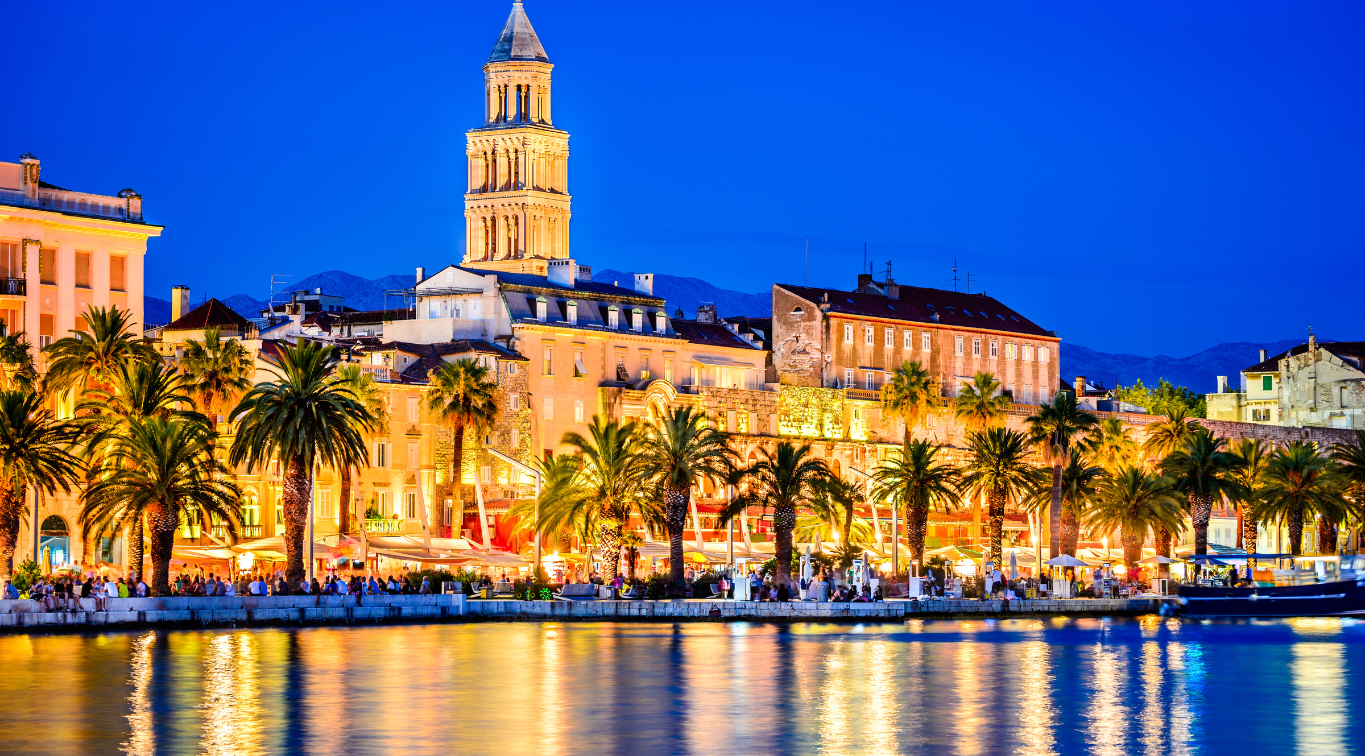